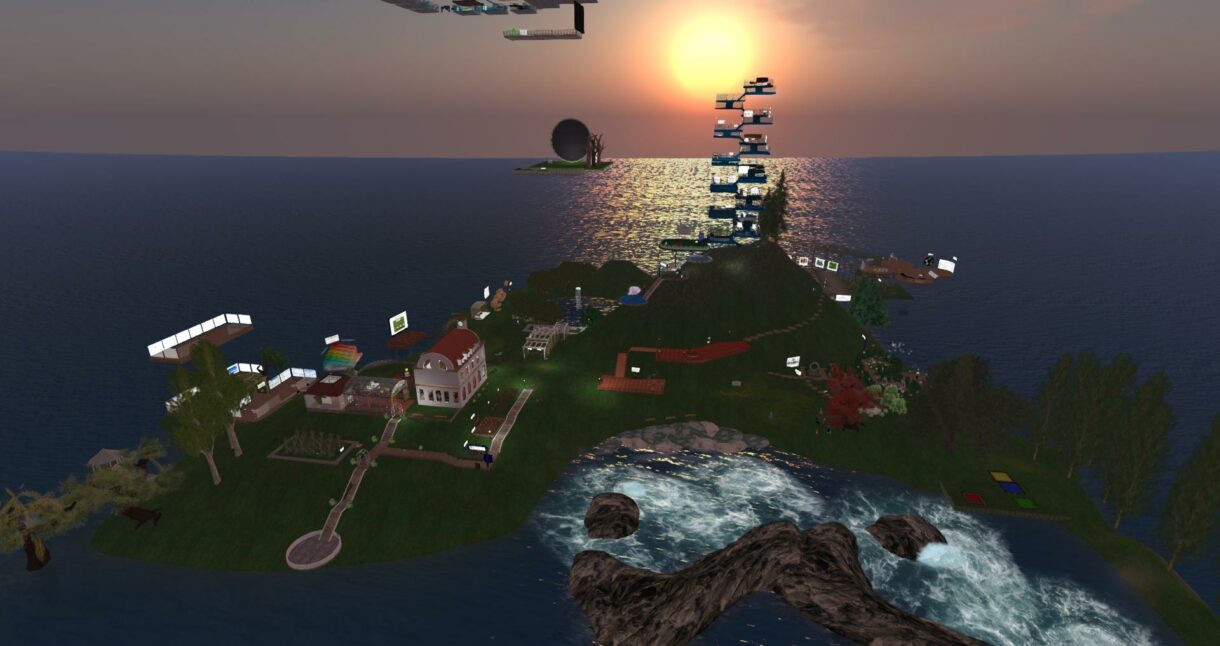 This presentation has since taken place, you can view the film recording here

Genome Island was constructed by Mary Anne Clark (Max Chatnoir) to serve as a virtual laboratory, and is divided into several regions, each of which focuses on some area of genetics.  Max has used it for teaching both majors and nonmajors, and the island is open for use by other students. 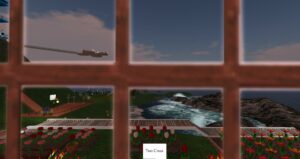 The Abbey, Greenhouse and South Abbey Garden house information and experiments illustrating the Mendelian Laws of Inheritance.  The adjacent North Abbey Garden, the Apiary, the Cattery, the Aviary and the Mixollama Herd demonstrate variations on the Mendelian Laws, e.g. incomplete dominance, X-linkage, interactive genes, and linkage.

In the multistoried Tower are a series of experiments establishing the principles of molecular genetics:  DNA, RNA and proteins.  The tower also features the human genome, beginning with a gallery of human chromosomes and extending into the relationship of the human genomes to other animal genomes. 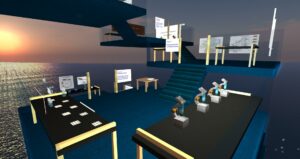 Higher up in the Tower are several sections devoted to Drosophila genetics and bacterial genetics.  Finally a few sections were used to develop special projects:  Meiosis, human blood disorders, and the genomes of the Influenza A and SARS-CoV-2.  An aerial ramp connects the Tower to the Bioinformatics Platform, which illustrates the uses of various genetics databases.

Two sections of Genome Island describe other genomes:  the Garden of Prokaryotic Genomes on the north end of the island and a Gallery of Eukaryotic Genomes on a boardwalk below the Tower.  Population Genetics is the focus of the Gene Pool and the Population Platform that lies above it.  On the southern bank of the Gene Pool is Ribosome Row, which illustrates how genetic information is used in the synthesis of proteins.  A teleporter links Ribosome Row to the molecular genetics section of the Tower. 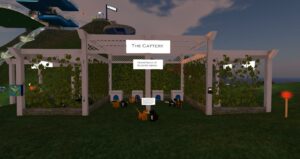 Above the South end of the island is a platform with kiosks containing activities that were once housed on a separate Cell Island and which illustrate various aspects of cell biology.  This includes a model cell big enough for an avatar to move around in. 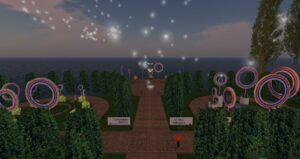 Genome Island also contains a number of regions where instructors and students can meet for discussion:  the Genome Science Theatre, the conference area of the Abbey, and several different sections that can accommodate small groups.  Student projects are exhibited in the Project Terrace located South of the Abbey Garden. 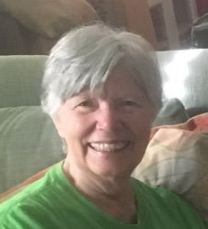