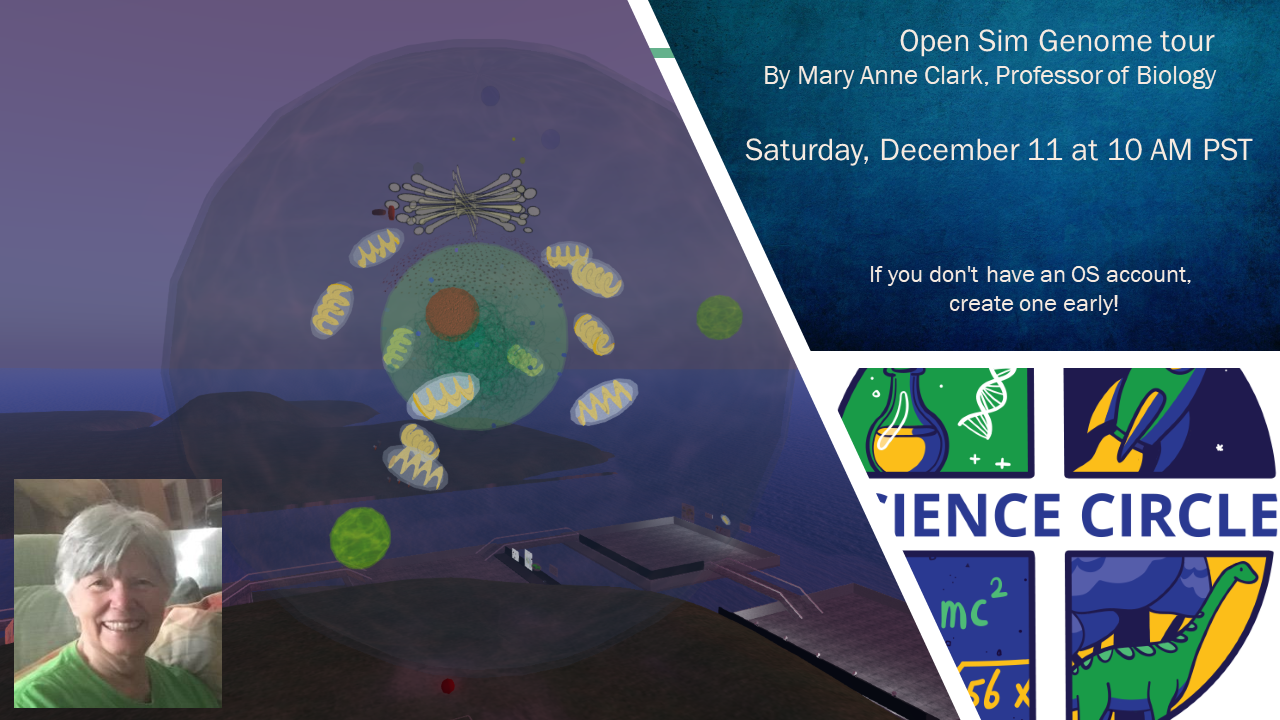 Mendel houses the transmission genetics, including Mendel’s Abbey and a Garden Walk that includes the monohybrid and dihybrid crosses, X-linked traits, and interacting genes.  It also includes a meiosis activity, which illustrates the chromosomal behavior that underlies the Mendelian Laws.

Crick represents molecular genetics, including the experiments that identified DNA as the genetic material, illustrations of the organization of prokaryotic and eukaryotic genes and chromosomes, and galleries featuring selected genomes, including nuclear, mitochondrial and chloroplast genomes.  The bioinformatics building compares genes and chromosomes of different species.  Two areas each concentrate on the genes of a single species:  fruit flies and humans.  Fly Base, named for the online database, offers various experiments with Drosophila genetics.  Likewise, the Human Genetics building illustrates different aspects of human genetics.  The central feature of Crick is Chromosome Hill, which has large models of human chromosomes.

Hooke focuses on cell biology, ranging from models of the macromolecules found in living organisms, to a model of a cell big enough to walk around in.  Various sections of the Hooke walkway feature membrane models, experiments with enzymes and membrane transport, comparison of plant and animal tissues and illustrations of both cell respiration and photosynthesis.

Huxley is still under construction but will represent organismal diversity.

If you would like to attend the Genome tour on the SC grid, follow the instructions here