— Galadrial (Kate Blanchett), The Lord of the Rings (movie)

The Science Circle is a collaboration of scientists and academic educators and it has grown and prospered during its many years in SL. The Science Circle offers seminars and discussions but it’s not a virtual university. 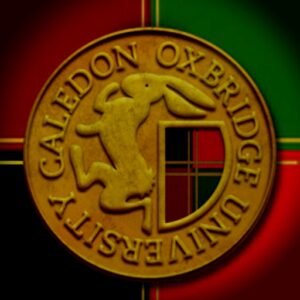 Today I’m interested in a true university that is not the virtual analog of a brick and mortar institution. I’m speaking about Caledon Oxbridge University (COU).

COU is located in the Victorian Steampunk realm of the Independent State of Caledon (ISC). It is a place to learn basic skills for the aetherial world of Second Life.

The Caledon Quest – The Deans of Caledon Oxbridge have created a game specifically for the Scholars in the Caledon Oxbridge University Group. The game will test your mastery of the Second Life viewer, as well as your cunning and persistence.

At the center of this university is its Chancellor. The Chancellor is the final authority at the university and this role is filled by Wordsmith Jarvinen, who in RL is the scientist and teacher, Dr. Keith Eric Grant.

Dr. Grant holds a BS degree in physics from San Jose State University and a doctorate in Engineering/Applied Science from University of California, Davis. He worked at the Atmospheric Sciences Division at Lawrence Livermore National Laboratory (LLNL) where he helped to develop atmospheric chemical-radiation-transport models and climate models. He specifically developed models for the transport of solar and infrared radiation through the atmosphere, and models of the optical properties of aerosols and clouds. He also was one of the developers of the SUNDIALS suite of massively parallel numerical solvers. This set of computer programs is available from the LLNL Center for Applied Scientific Computing.

Currently Dr. Grant is a massage therapist and teaches Sports & Deep Tissue Massage. He is active with the Science Circle also. Building on his work in climate modeling he has presented two seminars dealing with current climate conditions and issues – This Isn’t Your Grandparents Climate and Natural Forcings and Natural Climate Cycles. More will be upcoming. Watch the Science Circle calendar for the dates.

About his interest in climate, he said, “My current climate interest is more in absorbing research and explaining the implications on a lay level. My goal is simply to increase understanding for those listening and to correct what misinformation that I can. I can find and read papers on orbital cycles, for example, and point out that the current orbital eccentricity is too small to result in climate changes or note that the heat flux from earth’s interior is negligible compared to the absorbed solar radiation.” 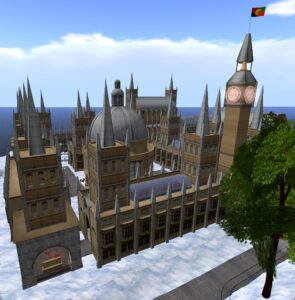 Wordsmith came to SL in 2008. When Linden Labs sponsored the formation of COU as one of the SL Community Portals in 2009, he quickly became involved. He explained, “I started helping people informally and when mesh first came online was asked if I could teach a mesh class. That led to being asked if I’d be Dean of Education, then Vice-Chancellor, then Chancellor. Apparently I don’t have the reflexes to step back fast enough.”

In describing how SL has impacted his life, Wordsmith said, “When I first came into SL, Nature Journal had an island with Darwin’s ship and had a weekly group listening to podcasts. Around then also, a group was streaming a climate meeting in Europe into SL. I remember sitting in the auditorium not far from a kangaroo.”

“More than anything, SL has provided a means to do away with the need for proximity, letting me interact with a number of interesting people, and a venue where my skills contribute to something positive.”