The Time of Titanoboa

Shortly after the Age of the Dinosaurs (geologically speaking), the world is a very warm place, affording new opportunities. In what is now Colombia, on the northern end of South America, the land is a large, flooded forest, essentially forming the mouth of a large river, draining into the Caribbean. The water is fresh, but saltwater is not far off. The river is laden with sediment, making the water murky. This combination of low visibility and heavy vegetation means even a massive predator can hide easily.

In this greenhouse environment, reptiles have been able to achieve massive body sizes. Three different types of crocodile-relatives frequent the area. One was relatively small, only about 2 meters long, but one reached sizes much larger than modern crocodiles with long jaws full of sharp teeth. The other was as large as Nile Crocodiles today, but had much more powerful jaws, able to chomp through one of the other large reptiles of its environments: the massive turtle Carbonemys. This giant turtle would have been a predator in its own right, but with heavy protection. However, the largest predator by far was another type of reptile entirely.

Far bigger than the largest living snake species (Green Anaconda or Reticulated Python), the massive boa-relative Titanoboa slithered through the murky waters. It reached 13 meters in size and weighed 1.25 tons. It was thick enough around, that if you picture your standard doorway, the sides of its body would be scraping against the frame of the door. It likely ate the crocodile-relatives and large fish of its environment, an apex predator. 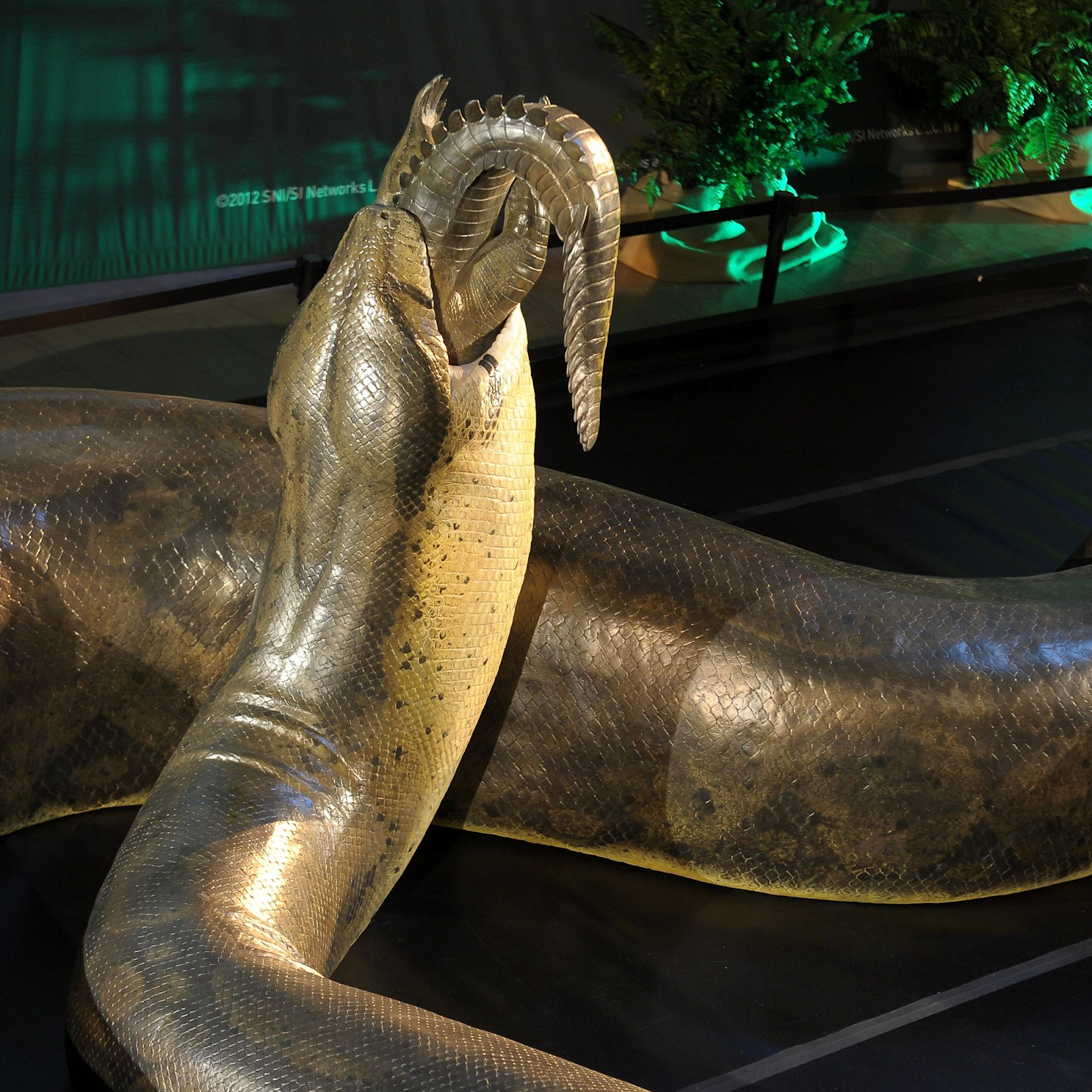 How did Titanoboa get so big?

Snakes are ‘cold-blooded’ animals, meaning they need a certain amount of temperature in their environment in order to function. This dependency for their function means that the largest reptiles can only be found in the hottest parts of the world. Researchers determined based on studies of snake biology how hot it had to have been to keep Titanoboa alive. The result was somewhere around 4oC mean annual temperature warmer, a massive amount hotter for the tropics. Particularly at the time, the idea was that the tropics would stay buffered from future climate change, but this study countered that idea, showing the tropics have gotten very hot before and have every potential to do so again. And that high heat in an incredibly diverse part of the world will have extreme effects on the kinds of animals that do well. 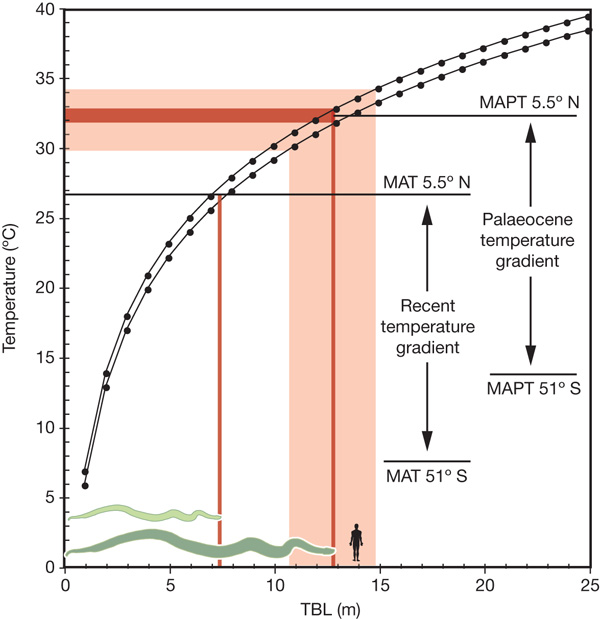 This exhibit is based on the very latest information on Titanoboa and its environment, but we are still learning more about Titanoboa. Recent work has been done to better understand how quickly it grew, what it’s lifestyle was like, and even how big it could open its mouth. Stay tuned to Science Circle to hear the latest about this fascinating snake!