Scientists have found a fossil of a dinosaur egg in China. What is special is that the embryo has an almost complete skeleton. It is also the first dinosaur found in the same position as a bird.

Baby Jingliang, as the scientists have called him, lived about 70 million years ago. The fossil is one of the best dinosaur embryos ever found, researcher Fion Waisum Ma told AFP news agency. 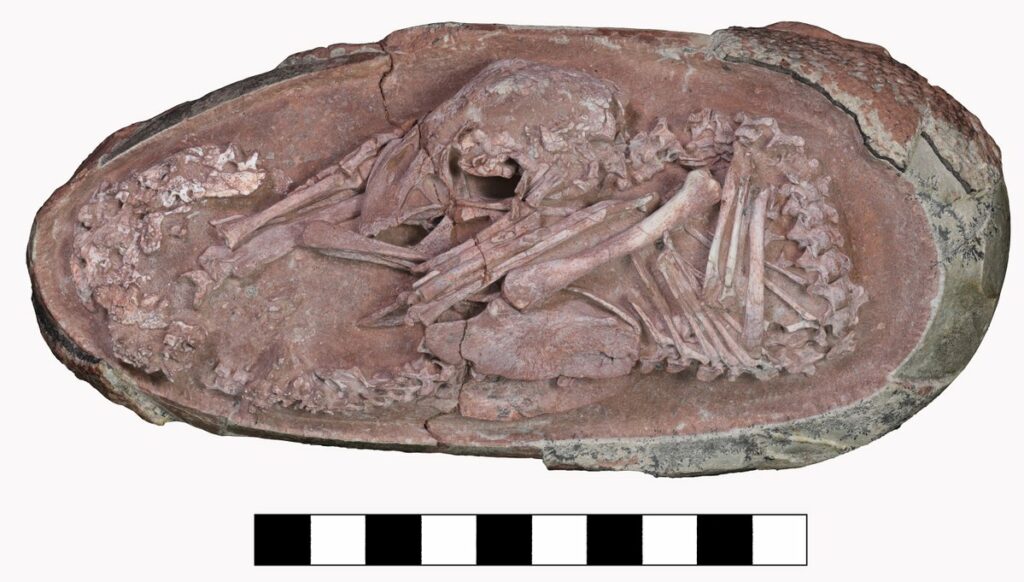 One of the other scientists involved shared the discovery of the dinosaur embryo with a text reminiscent of a birth announcement: In addition to the good condition, the posture of Jingliang is also special. Like birds, it lies curled up with its head between its hind legs. Until now, dinosaur embryos in their eggs were usually found in a twisted posture, resembling that of a crocodile.

According to researcher Ma, the posture found provides new insights into the origin of birds. “This shows that such behavior in birds first originated with their dinosaur ancestors.” Read more…

Chantal Jager https://sciencecircle.org
Back to top