The Science Circle has always held as main goals science education and encouraging young people to choose careers in science, technology, engineering and math (STEM). As an educational organization that is based on a virtual world, we are on the cutting edge of technology in education. Before virtual worlds there were other options to the face-to-face classroom.

We are all familiar with educational television. Your PBS stations have for decades offered educational classes from local schools and colleges along with more familiar programs such as Sesame Street, Nova, Nature and Downton Abbey. Have you ever considered the role that educational radio has played?

Educational radio is almost 100 years old. Even as the first commercial radio stations came into existence in the early 1920’s, a number of universities also had radio stations. These were probably seen as experiments in new technology but professors quickly found educational uses. At first, people simply broadcast their classroom lectures. Soon, however study guides were developed and distributed to local schools and teachers could implement activities to supplement the radio content. That is the model we still pretty much use today for TV, Internet and virtual world learning activities.

I want to tell you about a gem of a science radio program. For over 30 years John Lienhard has broadcast a 3.5 minute radio show about how technology and science have changed and enriched our lives. It is a brilliant program. Short. Concise. Compelling. I have listened to it for almost all of its 30 plus years on the air. The radio program is produced by KUHF in Houston and carried by National Public Radio. If you go to the The Engines of Our Ingenuity website (link below) you can see if your local public radio station carries the program. He is over 90 now and a professor emeritus and still does new shows.

As an aside. I used to run a visiting professor program at my university and once I got Dr. Lienhard to come and give a luncheon talk to our faculty and students. The main lecture hall was filled and it was super to have the opportunity to meet him. 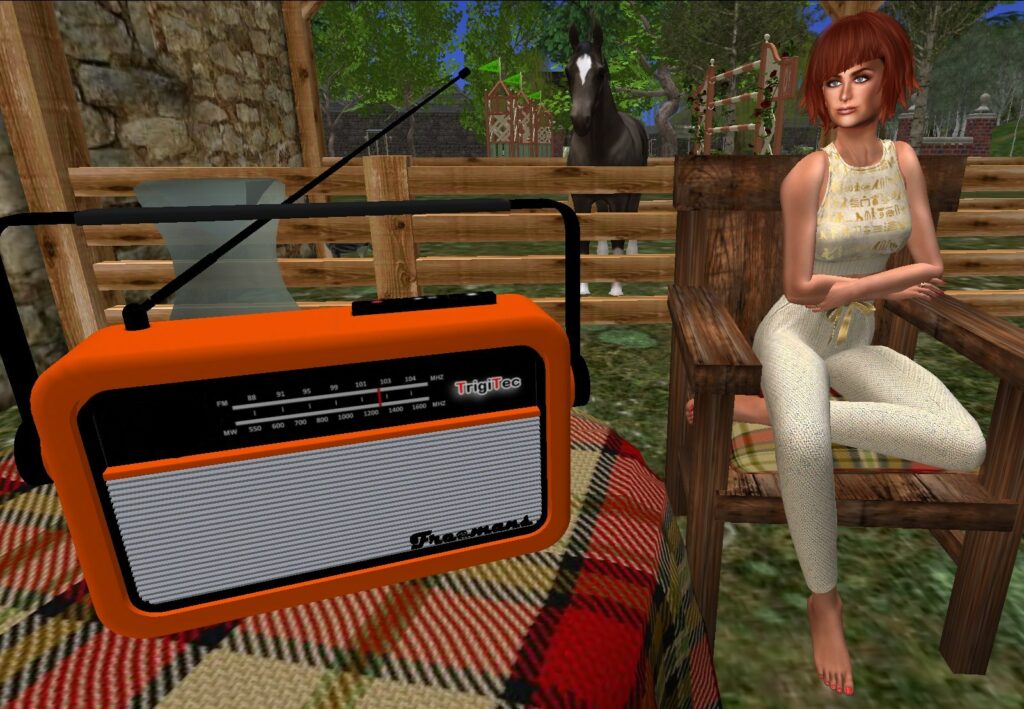 Radio is still a powerful medium. There is however an interesting evolution going on. While the visual aspect of streaming video, as on YouTube, has become ubiquitous, simply listening retains its utility. Podcasts, the radio of the Internet, are rapidly growing in availability. Even radio stations have podcasts as alternatives. The photo shows Deepy with a Second Life® radio that actually works within the virtual world to play audio streams from the Internet. The options abound.