This isn’t Your Grandparents’ Climate

This presentation has since taken place, you can view the film recording here and find the PDF in the library.

THIS ISN’T YOUR GRANDPARENTS’ CLIMATE

Human life on Earth has always depended on natural levels of greenhouse gases. The Earth absorbs visible light from the sun and, to stay in energy balance in the global and seasonal mean, must emit an equal amount of energy back into space.

The effective temperature at which the earth radiates to space is about -18 °C while the global annual surface temperature has been about 15 °C, a 33 °C difference.

There is no physical reason that increases in carbon dioxide and methane from human activities would not continue to increase the mean surface temperature to maintain the effective radiative temperature.

This change in global, annual mean surface temperature is what we call global warming, but it is only part of the story.

Data on the current low eccentricity of Earth’s orbit and on near constancy of solar energy output eliminate them from consideration as major climate change drivers.

Nor does the observed signature of tropospheric warming coupled with stratospheric cooling fit greater incoming energy.

Climate change extends the picture, not just the balance of energy, but how the world responds to that imbalance. Absorbed heat can go into melting ice, heating the deep ocean, or heating the surface. Only the latter restores the energy balance. 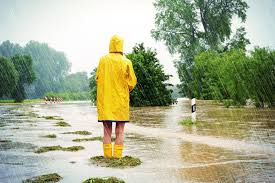 The relatively new science of Probabilistic Event Attribution (PEA) estimates the probability that a severe event would occur in our current world versus the probability of the event without human emitted greenhouse gases.

Some events would have been highly unlikely without human emissions.

Finally, multiple human systems have already begun to adapt to changes. Fruit trees that require nights of frost to set fruit, don’t get them and have to be replaced.

Banks and insurance companies are already acting to limit their risk from wildfires and flooding. In September, both “The Economist” and the scientific journal “Nature” had cover issues on Climate. Change is no longer just predicted but here now.

Keith has previously participated in a Climate Change debate, a film recording can be found here