Henupoto Wara: Supernatural Anti-Hero of the Mythical Past 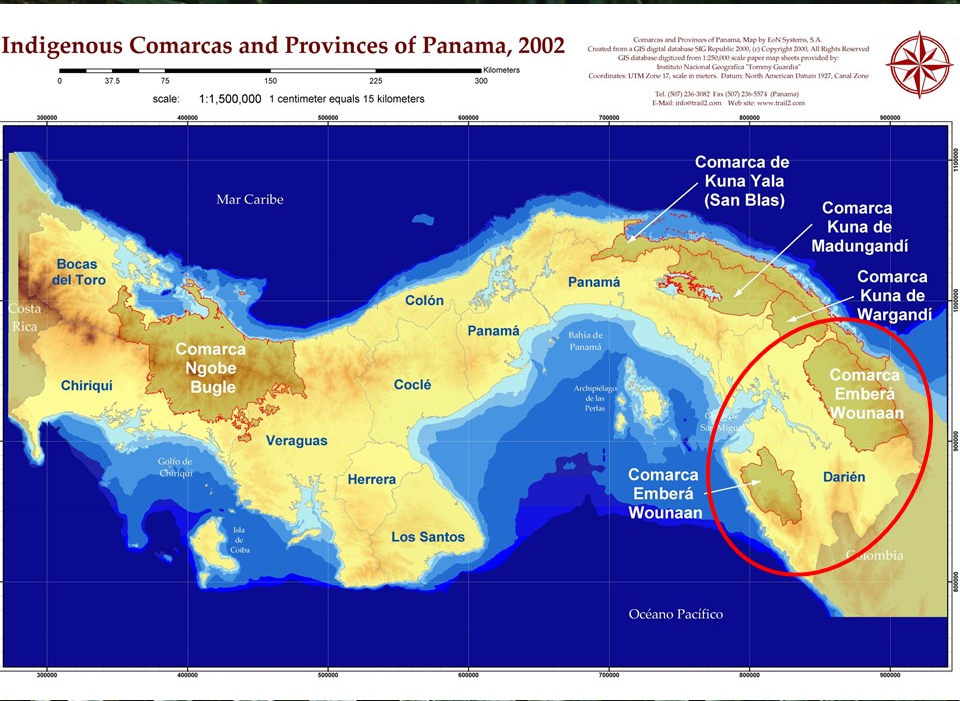 Graphic: The Emberá Comarca of Eastern Panama within the red circle

Henupoto Wara: Supernatural Anti-Hero of the Mythical Past

The Emberá, a tropical lowland tribe of the Darién rain forest of Eastern Panama and the Pacific coastal lowlands of Colombia, have a strong tradition of telling detailed stories about animals, spirits, and demons and of adventures in the mythical past.  Henupoto Wara, or Leg-Born Child, is one of the most famous stories and chronicles the adventures of this cultural anti-hero as he engages the many supernatural ecologies and denizens of Emberá cosmology.  This discussion presents the story and discusses an interpretation of some of the ecological images, assumed knowledge and cosmological implications embedded is this oft-told narrative.

The story of Henupoto is one of the most well-known stories of the pantheon of Emberá stories, myths, legends and narratives. It is the story of a man who is born of the union between a spirit and a woman.  His mother dies in childbirth and he grows up a troubled but powerful orphan constantly trying to locate the being that killed his mother.  As part supernatural being, he executes a series of herculean tasks that require his special skills.  Like many characters in stories among the Emberá, Henupoto is not precisely a hero but rather a supernaturally strong anti-hero that makes embarrassing demands upon society that results in the elders always trying to figure out a way to get rid of him. However, no matter how difficult the task they assign or how unlikely he is to succeed at the tasks, he comes out victorious.  That is, until the dramatic end.  His efforts, it can be interpreted, profoundly protect society from the potential ravages of the supernatural world.  Henupoto is constantly upsetting and resetting the balance between the human, the natural and the supernatural worlds.  Although Henupoto is universally admired among the Emberá, for his strength, cunning, skill and determination, he is also an outcast and a cosmic misfit.  He is also comically naïve as he attempts to track down the being that killed his mother when it was he, himself, when he was born, who caused his mother to die in childbirth.

The Emberá have a sophisticated cosmology or, if you will, religion in which the many actors, spirits, demons, people, animals and natural forces interact in a complex and dynamic spiritual equilibrium.  It is often the role of the shaman or in this case a human spirit being to maintain this equilibrium by creating harmony among all these competing forces and to ensure that the spirits from time-to-time can be bound to human intention through carefully executed rituals that seduce the often ambivalent spirits into cooperation.   The Emberá have a strong narrative tradition that communicates ecological principles. The stories contain strong evocative images and symbols and form a type of encapsulated language, coding metaphorically the actions of the human and spirit world. This language, with its ecological imagery, shows what happens when the cultural rules are broken and they delineate the fine line between the cultural and spiritual domain.

The story of Henupoto dramatically illustrates the supernatural struggle of cosmological forces and demonstrates the power of narratives to encode culturally rich information.  Myths, such as Henupoto, provide a unique view into the complex cultural perspective of traditional cultures that practice a pre-literary narrative tradition for countless generations. 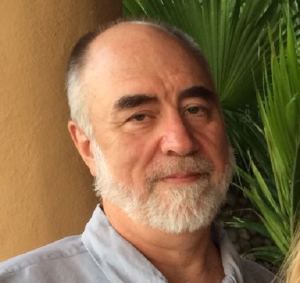 Non-members only need to register once to attend the free events.