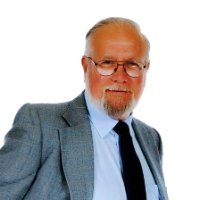 I have a broad set of skills in the ICT sector as system administrator, freelance computer technician, and an educator. I am a successful team leader who has a talent for bringing together people with both divergent and common interests to achieve complex goals, attaining the greatest mutual benefit.
I started my ICT career in the late 1970’s when widespread computing and the Internet were emerging as necessary aspects of information management.
I was the first student at Chico State to conduct psychological research on decision making that was carried out solely using computer systems to gather data, run several statistical analysis (Analysis of Variance, Cluster Analysis, Factor analysis, and stepwise multiple correlations), to investigate and display the results in graphical format as well as numerically.
During this time, I provided informal guidance to employers, fellow students, and some of my instructors about how to leverage new computer technologies for business, and education. In the early 1980’s, I studied programming in Basic, COBOL and Pascal at Butte Community college, while beginning my freelance computer repair and maintenance services which I still provide.

I also continued to work in the Drug Retail industry with Thrifty Drugs, which was later purchased by Ride Aid.
In 2001, I completed coursework in computer repair at Butte College, and earned my A+ Certification.
In 2002, I was hired by Butte College to teach that class. I have also earned certificates in Microsoft Workstation and Server operating systems for Windows XP, Windows 7, Server 2003, Server 2008, Server 2008 r2, CompTIA’s Net +, and Cisco’s CCNA.
I have taught Security +, Microsoft Workstation, Microsoft Enterprise Administration, and Microsoft Application Deployment.

Today “Virtual Worlds Grid” is the2nd largest virtual world in land quantity, but has fallen to about 20th in the number of users. However, the user count is beginning to grow once again.

Throughout my private career, I have remained current on emerging ICT technologies and am participating in new technology development, consulting for other virtual worlds on creating new applications, working with G23D to develop more advanced uses of 3D printers along with several other tools like remotely controlling devices from within simulated environments, and acting as a community development committee member for the Army’s M.O.S.E.S project which is developing a virtual world training center for military personnel.

I am now the CEO of A Dimension Beyond, Inc., which provides Coding, Marketing, Hosting and Educational services to further the status of Virtual Worlds and make it a truly worldwide community.
Here is a brief list of the ICT and educational associations to which I belong: • CompTIA • Second Life for Educators • Microsoft Certified Professionals • Federal Consortium for Virtual worlds • Cisco academy • The Science Circle • Butte Computer Science Club • Future Trends • Virtual Ability • Educase • Hypergrid Entrepreneurs Group • E-Learning in developing and Developed Countries

I helped the Butte College computer science department develop and conduct the Certificate Series of courses which was taught in condensed format to accelerate student entry into the workforce with high demand ICT skills. In addition,
I developed a proposal to create a new CTE program built around that Certificate Series. Due to budgetary constraints the program development was halted during the approval phase. It has since been updated to reflect changes in content and format and is currently going back through the approval process.
I built the Security + course for the Series, and worked with the rest of the department to develop the A+ courses. In these projects, I researched curriculum needs, industry requirements, and the student learning outcomes to be met for the curriculum development.
I have served on the Butte college curriculum Committee where I co-introduced the International computer Driver’s License (ICDL) as a model for computer literacy With Kenneth Couch, which was well received, and has influenced Butte College’s accreditation development.

While at Thrifty Drugs, I saw the developing internet technology as the most significant change that was coming in business, and government, including education, but realized that most of the organizations that would be most affected were seemingly unaware of the need to seize the opportunities those new technologies represented. So, in 1978, I began introducing ideas about how Thrifty Drugs, could leverage the new tools to district managers, and managed to get the pharmacy on Vallombrosa Ave and Mangrove to be one of the first to receive internet based ordering machines as part of a pilot deployment which was so successful, that Thrifty Drugs began a well-planned early adopter strategy in computer technology which gave them a competitive edge for several years.

From 1991 through 1998, I published an Email newsletter that provided “Tips and Tricks” for home computer users, and, at its peak reached the inboxes of approximately 2,000 readers.
In my capacity as an associate instructor at Butte College, I have forged industry alliances through putting together an advisory committee, maintaining contacts in the ICT companies within Butte County, and developing contacts with statewide and global corporations

My education (BA, Industry Certificates) and work experience includes an extensive familiarity with both quantitative and qualitative analysis, which have been finely honed in exceedingly outcome –centric environments. I was inventory controller for Thrifty Drugs, and was responsible for the highly strategic rollout of new stock, storage of overstock, receiving, billing and book keeping. When I went into management, I translated those skills to being able to train, schedule, and lead employees to reach new levels of productivity, while reducing loss, and increasing customer satisfaction in the stores where I worked. To accomplish that success required a well-developed skill set for collecting baseline data for performance, developing meaningful metrics of change, creating useful reports, and analyzing results. I have continued to develop those skills, and am using them throughout each of my varied and often concurrent careers.