On New Year’s Eve we become obsessed with time. It’s the one night of the year when we count seconds to be able to celebrate the moment when the new year begins. Why are we so focused? It’s probably either some deep psychological thing or just whimsy, but regardless it made me aware of time as a construct. Time does not exist. Time began with the Big Bang and science has spent much of it’s history in an obsessive drive to count the seconds since with greater and greater accuracy. Time has been defined as what a clock measures. If that’s not an abstract notion… what is?

On the new year, let’s take a look at some random moments in the science of horology. The more recent term is chronometry.

One imagines an Ancient Greek scientist using an hourglass to time some experiment in water flow or astronomy. Not accurate. The hourglass was developed in the 14th century about the same time as mechanical clocks. Never a very accurate time piece, they were rugged and used on sailing vessels for many years until the development of accurate marine chronometers.

Captain Cook and the Marine Chronometer

The hourglass or any mechanical clock, up until the middle of the 18th century, was fairly useless in helping a sailor locate the longitude. Latitude can be found by observation but longitude needs an accurate clock. On a sailing voyage of many months, longitude can be easily computed if one knows the accurate time in Greenwich, England. The early clocks would not be accurate after a few months of banging around on a pitching ship. Early in the 18th century, several clock makers in England solved the mechanical problems of making a device, that is subject to jarring, friction and temperature changes, function with steady and consistent movement. Captain James Cook was a pioneering explorer of the pacific Ocean and he made good use of a marine chronometer to chart the ocean and open it to Western exploration (not necessarily to the benefit or delight of the indigenous inhabitants).

The measurement of time allows people to coordinate their activities. Remember the commander asking his men to “synchronize your watches.” Such synchronization requires a standard. The local time in Greenwich, England is used as both the 0:00 longitude location and as the world time standard. It used to be called Greenwich Mean Time and is now called Coordinated Universal Time (UTC). All clocks in the world use the same time but offset based on longitude. Thus, Texas is 6 hours earlier than England, So when it’s noon there, it’s 6am here. As nice as it is to have a standard, how does someone in Texas know exactly what time it is in England? Well, one could carry a chronometer around but how to test it against the standard? Go to Greenwich? Well, at one time that might have been the best way.

Here is where radio (another major scientific discovery) came in. Radio waves can be received around the world and so become a source of synchronization. Radio station WWV was begun by the US National Bureau of Standards and went on the air in 1919. It predated first commercial broadcast station in the US. It has broadcast many things over the last century but it is best known for broadcasting the UTC 24 hours a day.

Today via the Internet (a third major scientific discovery) we have totally accurate time on all our electronic devices, from supercomputers to an iPhone. Also, Global Positioning Satellites (GPS) broadcast accurate time, as well as, enable us to fix our latitude and longitude with excellent precision. My phone can place me sitting in my kitchen. 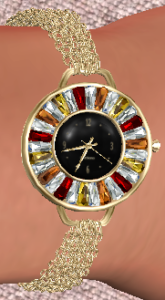