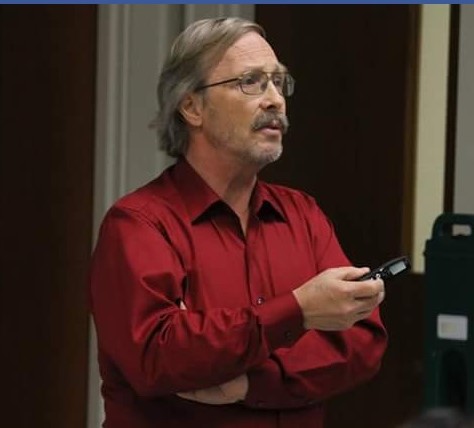 People and Science. When I was young, I found people to be puzzling. Over the decades I have learned more about why people think and do what they do, but I still am puzzled about why. On the other hand, I have always been fascinated in the natural world and how it worked. To me, science makes sense. Over the decades I have discovered that objective science is an illusion or largely unobtainable goal and that people hold up their version of science to support their beliefs, but it still produces a more accurate view of the world than what we can generate in our heads. Music also made sense. I started playing violin in 4th grade and later in life played in an amateur orchestra. Oh, by the way, I later understood people enough to find a life partner, have been married for nearly 30 years now, and am expecting my first great-grandchild this summer.

Science and Perspective. We are all the center of our own universes and our view of the world is largely created in our minds. The natural world does not care about all that. A good working knowledge of how things work outside of our heads enables us to put ourselves in perspective, both confirming our individual insignificance while at the same time revealing the wonder that is the human body and mind and life and physical processes in general.

Perspective and My Life. I realize that my view of people was formed in part by my moving around and by travel and experiences. Before college, I attended 12 schools in as many years. I have visited over 40 countries, lived in 30 cities in 10 U.S. states, lived aboard naval warships for eight years, and in Japan for three years. I have hiked and bicycled in many places in the world and had many adventures, including sailing for two weeks with a group of young people in Denmark on a hand-made Viking boat for a BBC special. I have found people everywhere to be friendly once I got to know them and discovered that most of us pretty much want the same things out of life.

My Life and Academics. School also made sense to me. I have often in my life sought the comfort of school to escape the puzzlement of people. Over the decades, I earned a PhD in Education (Organizational Leadership), almost completed a PhD in Computer Information Systems (ABD), completed a Master’s degree in CIS, and a Bachelor’s degree in Chemistry (Biochemistry). I went to high school in what would become Silicon Valley and was selected as one of only a few students to conduct research in exobiology at NASA’s Ames Research Center, where I met Carl Sagan, Frank Drake, Philip Morrison, and many others. I conducted research in Plant Pathology at the University of Hawaii and co-authored my first journal article there. I then set off on an entirely different direction as a military officer, seeing the world from a different perspective and having entirely different types of adventures, and retired from service in the late 1990’s.

Academics and Teaching. My chemistry teacher asked me in 11th grade if I wanted to teach the section on organic chemistry and I found I enjoyed teaching. It was teaching new aviators in the military that got me my first job teaching at my first university, where I also co-founded their Computer Information Systems program. From there I became the Academic Director for a branch campus of a major research university before being hired to found the Computer Information Systems and later Cyber Security degree programs for a private university, heading that department for 15 years until I retired in the summer of 2019.

Teaching and The Science Circle. Chantal asked me in 2007 if I would like to join a Science Forum she was starting to complement her Philosophy Forum. In March of 2008, I gave the first presentation for what became The Science Circle and later became a founding member of the Board. The Science Circle enables me to integrate many of the things I have enjoyed over the years, including learning about science, conducting research, sharing what I learn through teaching, and interacting with others from around the world. In a way, I have come full circle in my own life and look forward to many more adventures ahead!