Back in the early 1980’s when Most of us had Apple II and IBM PC personal computers, my colleague and I dreamed of having a Cray-1 supercomputer to use for our research in information systems. We never got one but the magic of the name, supercomputer, lingers.

But in it’s day the Cray-1… “was the world’s fastest computer. Each Cray-1 was hand wired and took nearly a year to assemble. Its unique vector-processing design suited it to many c 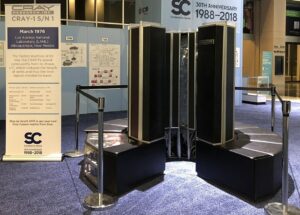 “The Cray-1 was 10 times faster than competing machines. But speed came at a cost. It sold for up to $10M and drew 115 kW of power, enough to run about 10 homes.” (Computer History Museum)

I wanted one sooooo bad.

Coming on-line soon is today’s fastest computer (or at least that’s what its builders say). It is being built in Japan and they call it, “Fugaku.” The word seems to mean “mountain” and is an alternative name for Mt. Fuji in Japan. Maybe it means the biggest mountain for the fastest computer.

“The supercomputer Fugaku is a very large system, in which more than 150,000 high-performance CPUs, A64FX developed by Fujitsu based on the Arm instruction set architecture, are connected by a high-speed network, Tofu Interconnect D.” 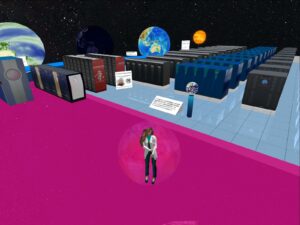 “Fugaku is manufactured by Fujitsu IT Products Ltd., and the computer will be delivered to RIKEN Center for Computational Science in Kobe, Japan with the aim of starting general operation between 2021 and 2022.” (Fujitsu Limited)

It is actually sad to know that my iPhone is a more powerful computer than that Cray-1 I so coveted many years ago. The Cray-1… “was a capable and awesome-looking piece of machinery that ‘flew’ at a rate of 80MHz. While generally used for scientific projects, such as simulating the interaction of fluids, one of these bad boys helped render the CGI for the first Tron movie, released in 1982. But a Cray-1’s raw computational power of 80 million floating-point operations per second (FLOPS) is laughable by today’s standards; the graphics unit inside the iPhone 5s produces about 76.8 gigaFLOPS – nearly a thousand times more.” (Nick, T.)

The Fugaku supercomputer is expected to run not at gigaFLOPS or teraFLOPS or petaFLOPS but at exaFLOPS. An exaFLOPS is a billion billion, i.e. a quintillion, calculations per second. That’s so fast I don’t even know what a quintillion is.

Finally to conclude. My iPhone is so capable that it is amazing. The latest supercomputer is almost beyond understanding. Yet, neither have the magic of that early supercomputer and it’s promise for the future.

I learned about the Fugaku from Arianne Chavasse. In Second Life she is known as Arianne (ariannejp). The Science Circle asked her to give a presentation on the new computer in January.

Dr. Chavasse has had an interesting scientific and medical career. She first earned the Ph.D degree in the field of nuclear medicine and then later went on to get an M.D. She now practices as a family medicine physician and teaches undergraduate nursing students. She is a board member of Japan’s physician’s association and she manages the academic meetings and educational lectures for private practitioners. She is an active member of the Science Circle and says, “Attending the Science Circle is part of my lifelong studying. It is very nice to listen to young specialists. Curiosity is my source of energy.”