It has been said that our strongest sense is smell. Memories of favorite smells provide strong links to our past events and places. One of my happiest smells is fresh coffee. I still remember going into the Caffe Mediterraneum on Telegraph Avenue in Berkeley and being hit with the fabulous aroma of espresso coffee billowing out of a giant copper machine. 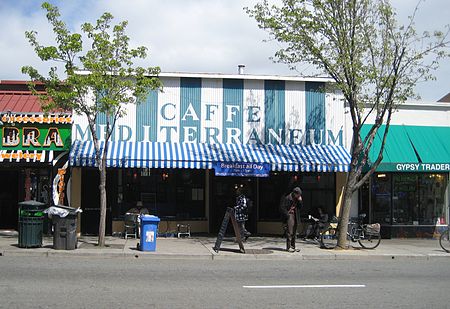 We humans however have the poorest sense of smell compared to many other mammals. I have this awful memory of going through customs after arriving on a morning flight from London and having a dog start to sniff the pocket of my coat. A customs agent took me aside and asked what was in my pocket. I reached in and there was an apple! I had grabbed that apple as I left the hotel restaurant in London and promptly forgot all about it. A U.S. Customs Beagle (sort of like the dog in the photo) with a specialization in agriculture products detection had sensed my apple. They confiscated it and sent me on my way suitably chagrined. 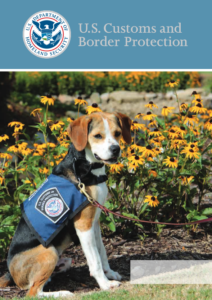 I’m not going to go into how our smell sense works as others have done a much better job than I can. See Dalton (2019) and the NIH article below.

A last little story. Horses can be upset when they don’t understand what’s going on around them. An unfamiliar object or sound can cause a horse to react defensively. Once a small cardboard box blew across the field and wedged itself against the fence that goes around the riding arena. The first time we rode past the little box my horse stopped and stared at the box. I steered him away and the next time around we passed further away and I let him look at it carefully. It took several trips around the arena before he stopped looking at the box and accepted it as non-threatening. Wind makes horses even more jumpy  than usual. Why is sort of a mystery but two factors may be at play. First, the wind may obscure the horse’s hearing and reduce his ability to identify the source of an unfamiliar sound. Second, the wind may carry new smells that appear threatening and if far away the horse cannot see the source of this potentially dangerous thing and that’s even more unsettling.

So smells can bring happy memories or be portents of danger. Regardless, our sense of smell influences our perception and how we interact with the world around us.