In the TV series, The Big Bang Theory, Sheldon and Leonard, who have PhD’s in physics, are always making fun of Howard who is an engineer. They insist that Howard is not a scientist and that engineers are only glorified technicians. I humbly beg to differ. My dad was an engineer who was a collaborator with geologists and astronomers and he was as scientific any any of them. Anyhow, today I’m going to explore building things with metal. Mostly building bridges.

Metallurgy is the science of metals and our modern world depends on things made of metals. We’ll be skipping over plastics and carbon fibers but will end up at entomology. The Industrial Age in Europe and North America was ushered in through the development of iron and furthered by refinement of iron into steel. I want to discuss this process through bridges. Bridges connect us and I’m using them to connect periods of progress. (too many p’s?)

My examples are three bridges I have visited or actually driven across. We start with the Iron Bridge in England. This is a beautiful arch bridge built almost 240 years ago. It is made from cast iron pieces bolted together. The arch carries the weight of the roadway and traffic. “The Iron Bridge crosses the River Severn in Shropshire, England. Opened in 1781, it was the first major bridge in the world to be made of cast iron. Its success inspired the widespread use of cast iron as a structural material…” (Wikipedia).

Second is the Golden Gate Bridge in California. Built is 1935, the Golden Gate Bridge crosses the mouth of San Francisco Bay and connects San Francisco with Marin County to the North. It is a suspension bridge with two giant steel cables holding up the roadway. A suspension bridge is an arch turned up-side-down, sort of. The small vertical cables extending down from the main cables carry the weight of the roadway and the main cables pull down on the two towers which hold the whole thing up. 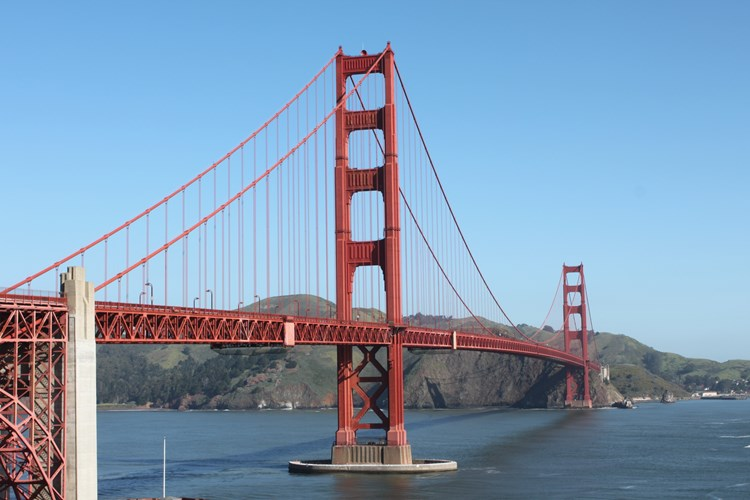 “Each of the cables measured a little over 3 feet (about 1 meter) in diameter and weighed 12,000 tons. … The cables were constructed high in the air using a process called cable spinning, which was invented by John A. Roebling in the 1800s. … To spin the cables, workers pulled a wire, about as thick as a pencil, from the concrete anchorage at one shore, up and over both towers, and on to the other anchorage. The wire was then secured and sent back. It took many back-and-forth trips to place the 27,572 wires that are in each cable. Individual wires were grouped into heavier strands and compacted together to form the finished cable” (Golden Gate Bridge Highway and Transportation District). 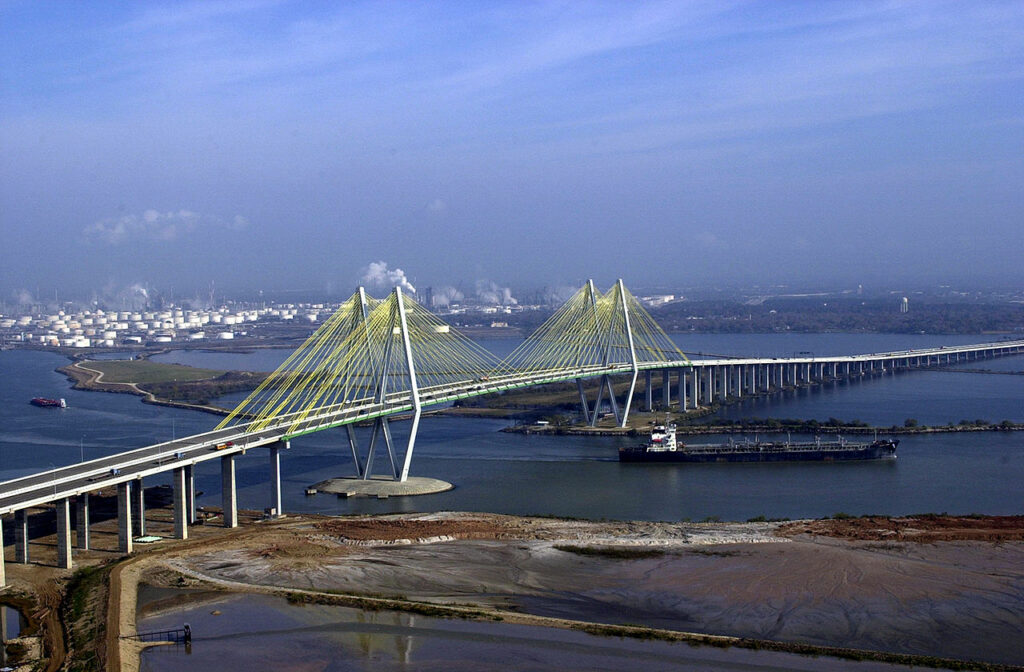 I mentioned entomology at the beginning and I referenced spinning as part of making cables and that cables looked like webs. Bridges bring to mind spider webs and how spiders spin webs from organic threads with the strength of steel. The article cited below by Hota GangaRao & Maria Martinez de Lahidalga de Lorenzo discusses other materials that might be used in bridge building. I ran across some articles about spider webs that might point to new ways to move past iron and steel. Spiders create amazing threads with the organs inside their bodies. It’s like a spider is a tiny steel foundry, pounding together molecules into fibers with super-hero strength.

As an aside. For more about engineering from a scientific perspective I recommend Dr. Henry Petroski’s column in the American Scientist magazine.