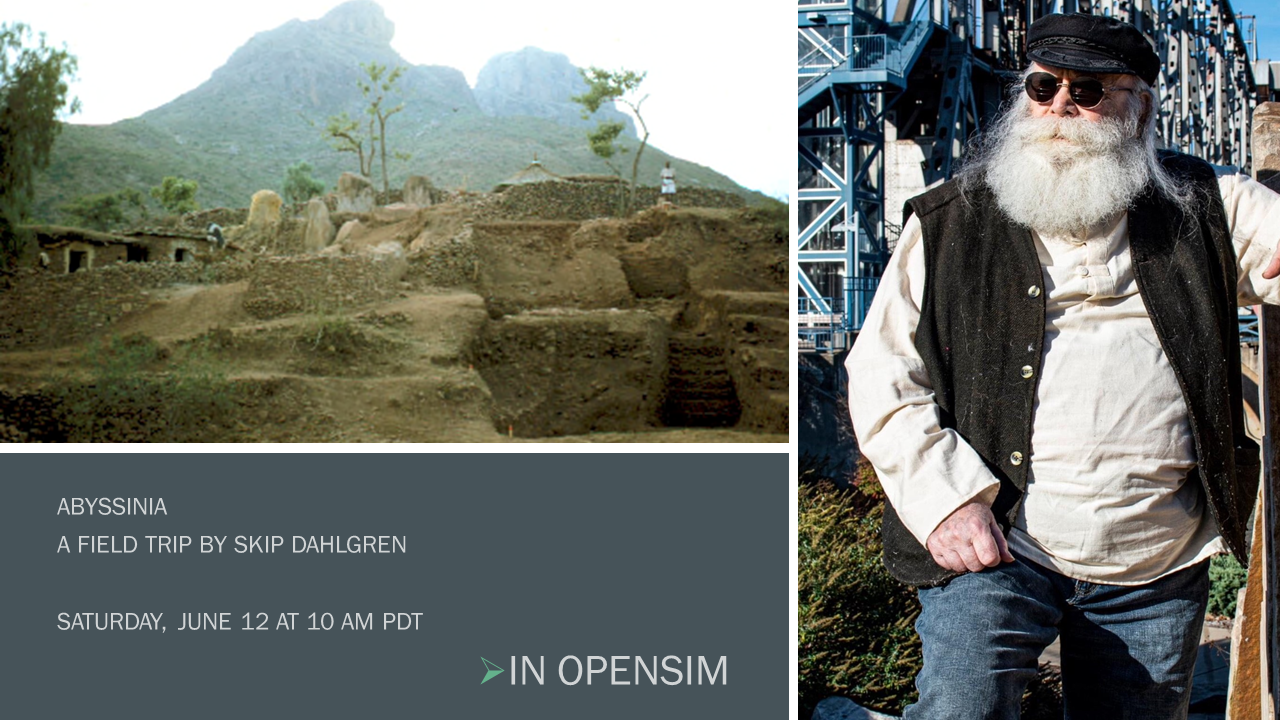 Abyssinia, which is intended as a living museum & educational resource on the Science Circle’s OpenSim grid, is my reconstruction of ancient archaeological sites in Tigray (northern Ethiopia) & Eritrea that date from at least 1000 BCE through roughly 800 CE. I excavated at several of these sites decades ago (1969-1972), & now am restoring parts of them virtually to their prominence during their heyday. Currently I have constructed two major buildings & other parts of Yeha, capital of the kingdom then known as Di’amat, located in Tigray. 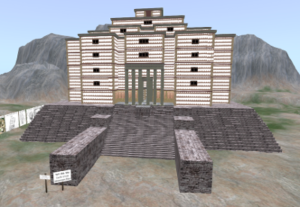 I created a similar project on Second Life more than a decade ago, but technical & financial issues prevented its continuation, so I am grateful to be able to created it again. 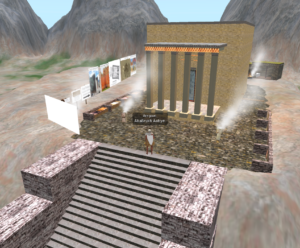 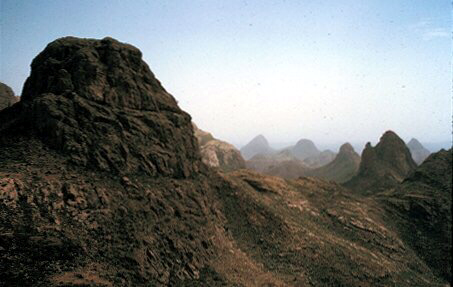 Framed within the striking dragon-tooth mountains characteristic of the region, Yeha was the administrative & religious capital of a kingdom that controlled trade along the Red Sea together with its counterpart & related South Arabian kingdom Saba’ in what is now Yemen, The language, culture, religion, & architecture of the two kingdoms bear strong similarities, indicating their close contact. 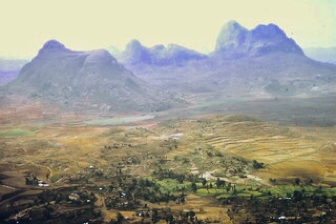 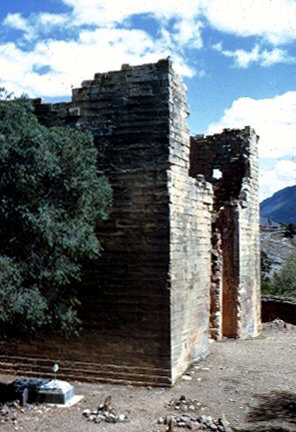 There are two major buildings in Yeha from that period, the Great Temple, which still remains largely standing, & the administrative palace, whose ruins are known as Grat Be’al Gibri (the field of the tax collector). I participated in the first two seasons of excavation at the latter, during which the front of the building, including a colonnaded portico, were opened. 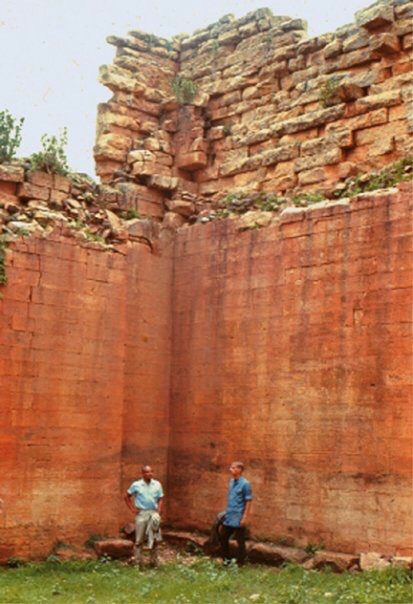 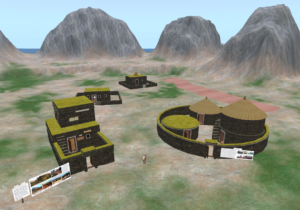 Subsequent more recent excavations on both buildings by a joint German-Ethiopian team have revealed many additional details about them, which are incorporated in my full-scale recreations of the buildings, which can be fully explored. I also included several other structures which represent other aspects of the city as it must have appeared at that time, including houses, a market, a pavilion for a royal festival, farm fields, & a representative war elephant, which were one of the exports from the kingdom to the Mediterranean & the Middle East. As time & space permit, it is my intention to add other important sites from both Tigray & Eritrea. 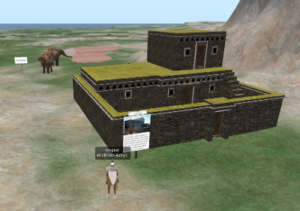 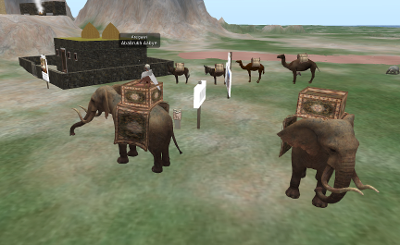 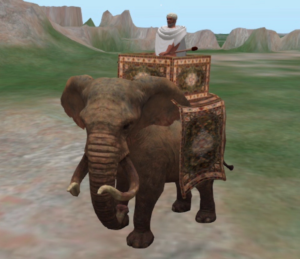 This project has gained greater significance for me since the tragic war which has been fought throughout Tigray since November 2020, causing great human suffering & destruction. Many of the sites & artifacts that have been or will be represented are located in Tigray, which now is undergoing the upheaval of disastrous civil war. 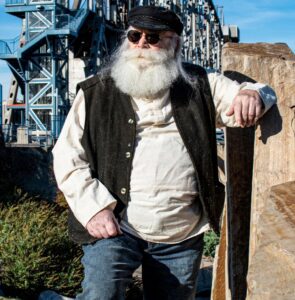